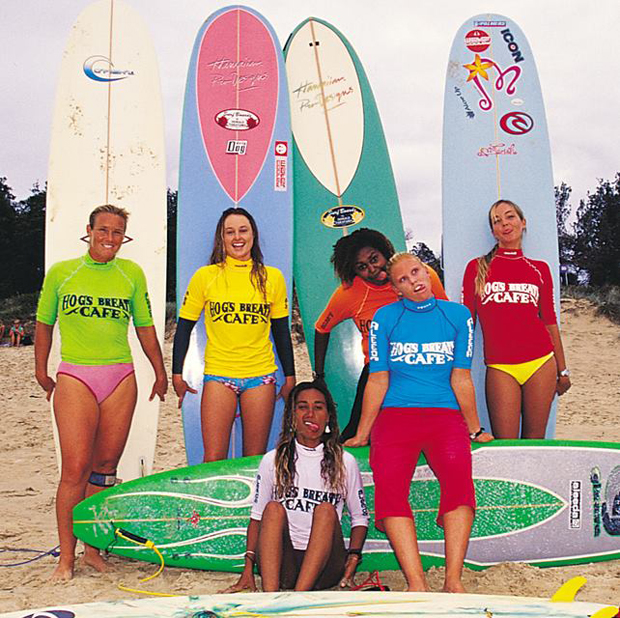 Chelsea Williams nailing the Pros at the 2009 Malfunction at the Superbank. Pic: Neil Armstrong - @surftaiwan From Lucy Small: In the last four months I’ve cartwheeled from being generally annoyed about the way women athletes are treated like they don’t belong, to leading a campaign to change it. Equal Pay for Equal Play NSW is inspired by the successful Californian campaign led by former World Longboard Champ, Cori Schumacher, in which it is now illegal to have unequal prizemoney at any event held on state land.

After being thrust into the midst of a media whirlwind after calling out the organisers of Curly Maljam for having unequal prizemoney for the men’s and women’s divisions at the end of April, I have done my best to leverage this platform to enact meaningful change. This starts with funding.

We are petitioning to legislate gender equity as a condition of eligibility for government funding in NSW for sports clubs and organisations. In short, this means that if you want to apply for a grant, you have to have these three things:

* equal prize money for both boys and girls, and men and women, at all levels of competition,

* equal opportunity (entry positions, space, time, training, resources) for girls and boys, and men and women to participate in events including competitions and training. This extends to administrative and management roles including coaching pathways, referees, event officials and judges, media representatives and board members.

* an actionable strategy to increase the participation, engagement and ongoing support of women and girls at all levels of competition.

I haven’t done this alone. Forming a coalition with Kate Allman (another Sydney based freelance surf journo) and bringing into the tent some big voices of codes other than surfing. These include Rugby Sevens Olympic Gold medallist Chloe Dalton and AFLW GWS Giants Captain Alicia Eva.

This is just a tiny part really. It doesn’t even deal with the inequality of athlete sponsorship deals, and the non-disclosure agreements athletes have to sign so they can never talk about their pay and therefore never bring the issue into the public sphere. But it’s something, I hope, that can capitalise on the momentum of the things like WSL for the first time ever having the same tour schedule for the men and women next year, and the Matildas landing the biggest sponsorship deal they’ve ever had and implementing this at a local level.

Bit by bit by bit we need to keep on going. Even if it means I have to close my eyes every now and again and say, “don’t read the comment section” to myself as I occasionally accidentally do, to be confronted with the archaic attitudes of people who are resistant to change. Because mostly, people seem to be ready for equality and this is a small way you can be part of it. Join our campaign!