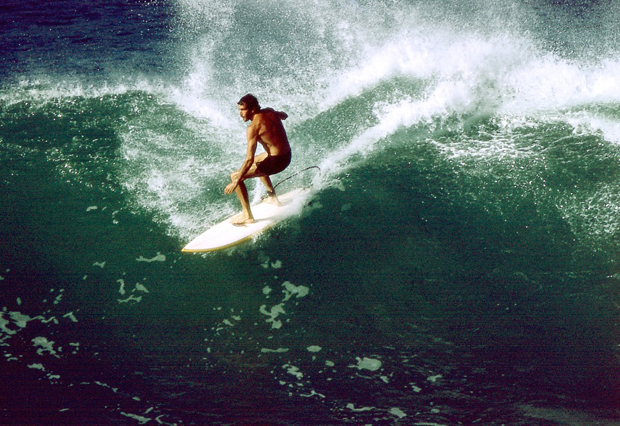 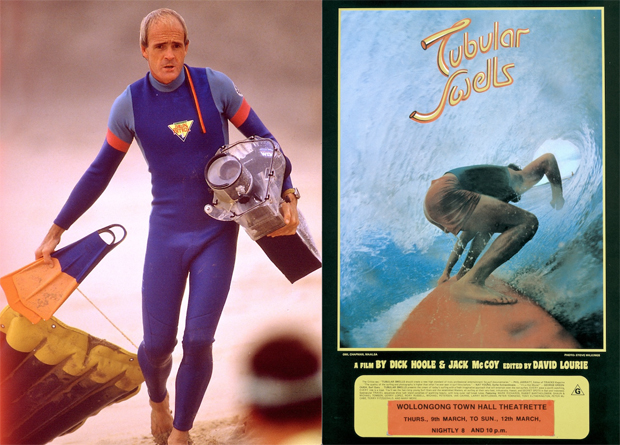 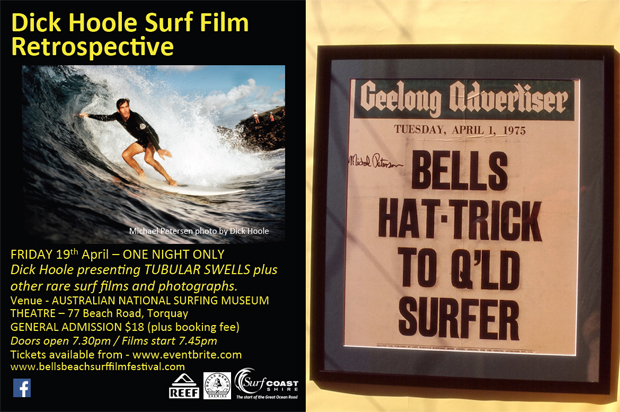 A one night only screening of surf films and rare surf photographs from Bells.

BBSFF’s retrospective of films and photographs captures the diversity of Hoole’s cinematography work and filmmaking which began in 1975 with the Australian surf film classic TUBULAR SWELLS, produced with Jack McCoy.

“We are very excited to have Dick Hoole in Torquay during the Rip Curl Pro this Easter. Dick has inspired generations of surf filmmakers and photographers around the world. This is a rare opportunity to meet Dick as he presents films and photographs from his extensive personal collection.” - John Foss, Festival Director

The Dick Hoole Surf Film Retrospective will present TUBULAR SWELLS plus other rare surf films and photographs including rare images of Michael Petersen surfing Bells Beach in the seventies when he was at the height of his surfing powers.

Dick Hoole will host a conversation with the audience on the night.

Films will start at 7.50pm on each night at the Australian National Surfing Museum with doors open at 7.30pm.

Tickets on sale here at EventBrite

This event is supported by the Surf Coast Shire through its Community Grants Fund.