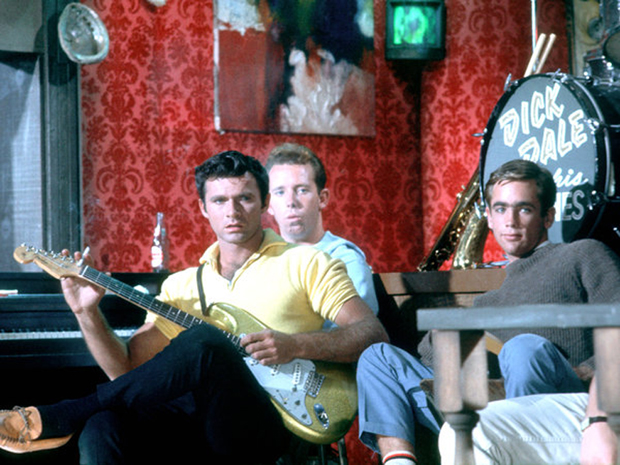 Dick Dale with the Del-Tones 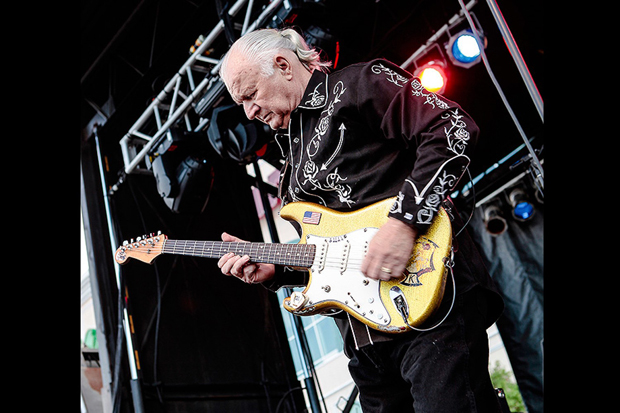 The tour goes on forever

“The screams of wild animals and the sound and sensation of being in the ocean inspires my sound.”

Born Richard Anthony Monsour in May 1937, Dale developed his distinctive sound by adding to instrumental rock influences from his Middle Eastern heritage, along with a “wet” reverb sound and his rapid alternative picking style.

In 2011, he told the Miami New Times that the hectic drumming of Gene Krupa, along with the “screams” of wild animals and the sound and sensation of being in the ocean inspired his sound.

Dale once claimed that Frank Sinatra had offered to manage him, but he turned him down because the singer wanted a 90% cut of his earnings.

At the turn of the 60s, Dale was pivotal in the development of the Fender Stratocaster guitar. “Everything that came out of Leo Fender’s head, I was his test pilot,” Dale told the Miami New Times in 2011. “He used to say: ‘When it can withstand the barrage of punishment from Dick Dale, then it is fit for the human consumption.’ So I blew up over 50 amplifiers. And that’s why they call me the Father of Heavy Metal.”

On the track Misirlou, Dale transformed the traditional Greek folk song into a sped-up, one-string performance, which became a national sensation after Dale performed it on the Ed Sullivan Show in 1962. In 1994, Quentin Tarantino used it as the opening music for Pulp Fiction.

“Having Misirlou as your opening credit, it’s just so intense,” Tarantino told Rolling Stone. “It just says you’re watching an epic, you’re watching a big, ol’ movie ... It just throws down a gauntlet that the movie now has to live up to.”

After retiring from music in the 1970s, Dale returned to playing in the 80s. In 1995, he found a new patron in John Peel, who discovered the guitarist playing at the Garage in London.

“Dick played a blinder,” Peel said of the experience on VH1’s Ten of the Best. “I mean, he still cares about it. And he got stuck in, and I just went berserk, I have to admit. I went down to the front, I was covering everybody in beer, and dancing – which is something I don’t do easily – and shouting at him between numbers. It was just marvellous.”

In 2015, Dale gave an interview to the Pittsburgh City Paper in which he said: “I can’t stop touring because I will die. Physically and literally, I will die.” He told Billboard magazine that he had health insurance, covering bills for diabetes, post-cancer treatment and other debilitating conditions, but that insurers refused to cover the replenishment of supplies he required to keep his stoma free from infection.

Dale told Billboard that he would prefer to stay at home with his wife and manager, Lana, if he could afford to do so. “But I’ve also got to realise I’ve been kept alive for a reason. People are not only coming to a concert, they’re coming to a way of life where we’re willing to share what our lives are all about and how we make fun of [health issues].

“It’s not: ‘Oh, I’m suffering down here and you’re having a good time up there.’ I can tell ’em how much goddam pain I’m going through ‘up there’. I let them know: I’ve got the same crap you’ve got.”