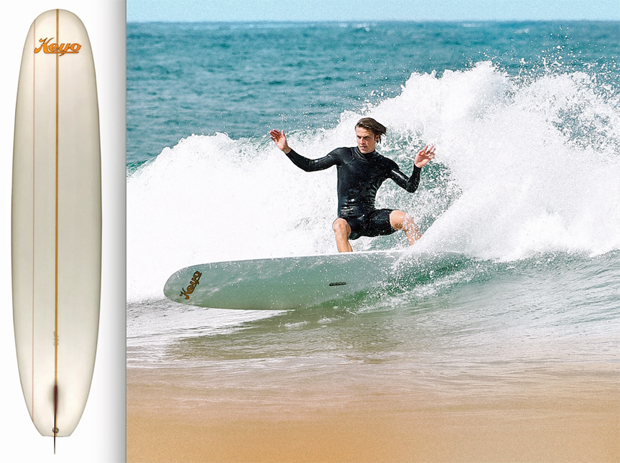 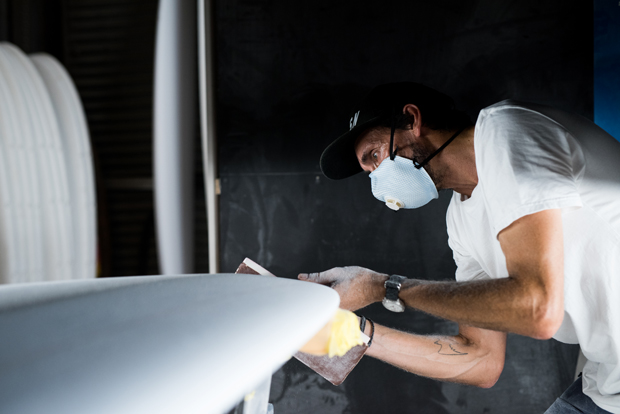 Yep the time is nearly upon us to make some PLB magazine subscriber very bloody happy! They'll soon be the new owners of our latest giveaway board - a TP-V model from Keyo’s honcho surfer/shaper Johnny Gill and young gun Tom Payne.

Keyo is a name woven through Australian surf history and of the half a dozen great, original Brookvale labels, Keyo was the magnet for the free thinkers of the sixties and forever linked to so many significant steps forward in design and performance – Midget’s ’64 board, McTavish’s Plastic Machine, and Nat’s Tracker just for starters.

A modern movement is now making its own mark, headed by Johnny Gill and his team of riders. An innovative and styling longboarder himself over the past few decades on Sydney’s Northern Beaches, Johnny is somewhat of a talent scout of logging with a watchful eye and a knack for picking a kid with promise. Jack Norton, Kirra Innes, Wylie Gill and Gus O’Malley are just some on the team, and while Johnny’s says his aim is to “support the surfers to reach their potential” he happily admits he “listens, learns, and grows along with them”.

Tom Payne was one of those standout local groms who’s now a world-class surfer -most recently shaking it up with the runner-up spot in Tudor’s latest Duct Tape. Johnny and Tom are a tight unit and a shaper/team rider combination putting in the time and getting results.

“The TP-V is a direct result of Tom’s obsession with the broad stance, aggressive Aussie surfing of the late sixties,” says Johnny. “It’s all rock and roll!  This board can be banked and pushed hard in the pocket, changing direction, getting more involved.

“Now that Tom is competing all over the world we wanted an edge, a point of difference in his approach. The TP-V is distinctive. It has a blunt squared off nose and chopped off tail. The rails are a fuller 50/50 with an upward turned rail line towards the back end. It’s surfed shorter in the 9’0”- 9’3” range ensuring some radical surfing.

“Tom’s heroes are now his peers. His surfing is being recognised at the highest level, and he’s now reaching new heights with his beloved TP-V.”

And some Australian subscriber is going to own one by next issue!