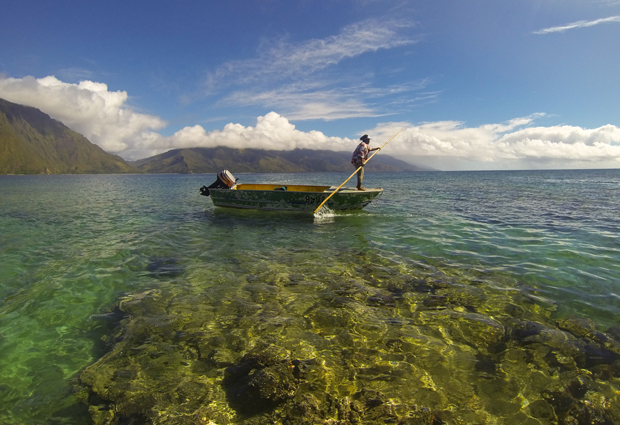 From the Commonweath Secretariat: Ocean acidification happens when the sea absorbs excess carbon dioxide in the atmosphere, primarily caused by human activities such as the burning of fossil fuels and deforestation.

This leads to an increase in the acidity of the ocean, affecting the lifecycles and biology of certain marine species, and in turn, threatening the entire food web as well as the lives and livelihoods of communities that depend on these ocean resources.

The handbook was commissioned by the New Zealand government, which champions the Commonwealth Blue Charter Action Group on Ocean Acidification.

“We know that ocean acidification has serious consequences for sea life, and this Policymakers’ Handbook for Addressing the Impacts of Ocean Acidification is an important resource. It is designed for people who make decisions about how we use and protect our oceans. It introduces them to the steps needed to address ocean acidification. It enables them to act as ‘kaitiaki’ or guardians.”

“The study of ocean acidification and its effects has grown dramatically in the past 15 years, and while the problem is global, it is important for national and regional responses to be developed to address local impacts. The handbook has the potential to deliver far-reaching and lasting value, by supporting the identification and implementation by policymakers of response strategies to ocean acidification.”

A particular focus in the handbook is on collaboration, which is a distinctive feature of the Commonwealth Blue Charter, an agreement adopted in 2018 by the 54 Commonwealth member countries to work together to solve ocean challenges.

The Commonwealth Blue Charter is implemented through 10 action groups led by 15 “champion countries”, which focus on guiding the development of knowledge, tools and training on ocean priorities such as marine plastic pollution, ocean climate change, and the sustainable blue economy.

Head of Oceans and Natural Resources at the Commonwealth Secretariat, Nicholas Hardman-Mountford, said:

“This new handbook is an example of the concrete and practical outcomes that are generated by the Commonwealth Blue Charter Action Groups and their discussions. While we all understand the grave threats that confront the ocean – and consequently, the entire planet - we must also realise that we, as the global community, can do something about it, by working together to share expertise, pool resources and align national and regional strategies to existing global commitments.”

The launch of this publication follows on the first-ever workshop by the Commonwealth Ocean Acidification Action Group, hosted in 2019 by New Zealand in its role as Champion Country for the group.

A Policymakers’ Handbook for Addressing the Impacts of Ocean Acidification is available for download at this link.

* The Commonwealth is a voluntary association of 54 independent and equal sovereign states. Our combined population is 2.4 billion, of which more than 60 per cent is aged 29 or under.
* The Commonwealth spans the globe and includes both advanced economies and developing countries. Thirty-two of our members are small states, many of which are island nations.
* The Commonwealth Secretariat supports member countries to build democratic and inclusive institutions, strengthen governance and promote justice and human rights. Our work helps to grow economies and boost trade, deliver national resilience, empower young people, and address threats such as climate change, debt and inequality.
* Member countries are supported by a network of more than 80 intergovernmental, civil society, cultural and professional organisations.