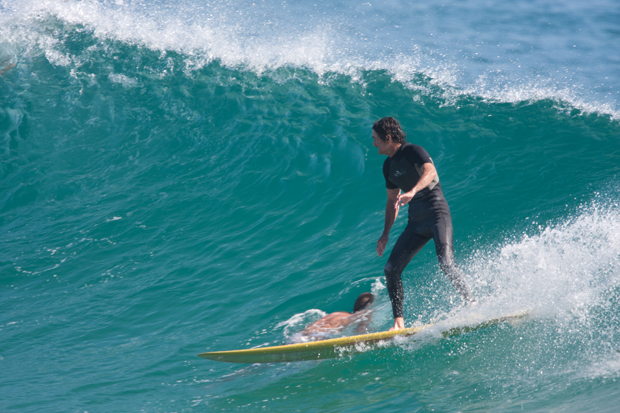 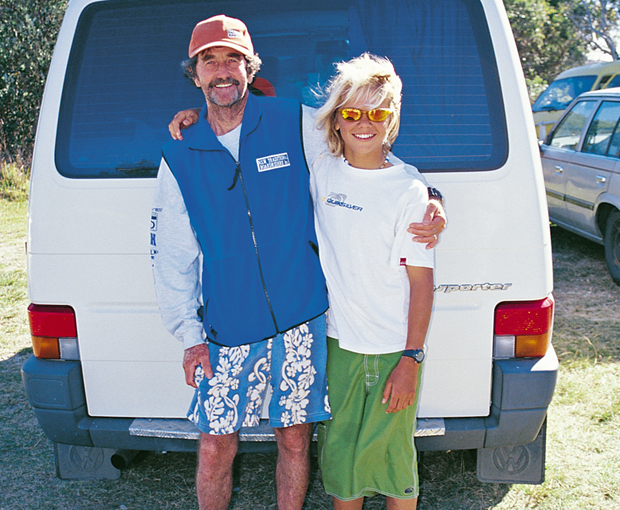 Magoo with Julian Wilson at the 2002 Australian Longboard Titles. He was 73 and in the Over 55s, Julian was 13 and in the Under 18s - they were 60 years apart and had a real mutual admiration thing going on. Pic: Moonwalker

Calling all Juniors to the final Magoo Classic

This year’s Magoo Charity Classic is going to be special. It always has been, but this is 2019, Barry would be celebrating his 90th birthday; it’s the 20th Anniversary of the event that first ran in 1999, and this will be the final Magoo.

After a lot of soul searching it feels like the right thing to do and the perfect time to do it. So far, the sponsors and the competitors have raised over $550,000 for Central Coast Health. What an amazing achievement for a modest event: a legacy for Barry and the Central Coast Malibu Boardriders; for all the surfers that participated; for all the sponsors that gave generously; and all the people that willingly gave their time to set-up and run the event, including the Gorokan Lions Club and Mick & Barb Castor for their Magoo Rock’n’Roll event.

Let’s not forget the difference it’s made for Cancer Care patients on the coast - Barry got to use the equipment, equipment which the event helped pay for, in his own treatment. The event has shown the impact that a seed of an idea can have on a community.

We’re really trying to get a Juniors division up and running again in 2019. There’s a heap of grom talent on the coast, and we all saw what the juniors did at the Noosa Festival of Surfing this year. It seems apt that there should be a junior division running to pass on the stoke of Magoo to the upcoming generation of longboarders.

We’ve reduced entry fees for the juniors as an added incentive.

Neil Young said that it’s “better to burn out than fade away” and we’re going to send the Magoo off in style. So make sure  you don’t miss out. Get your entries in sharp(ish). We’re half full at the moment.