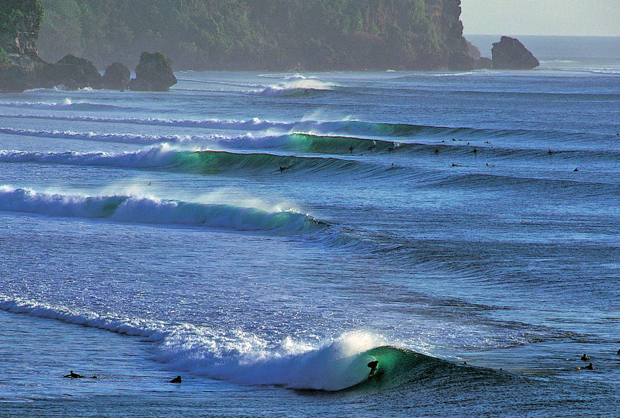 With a resurgence of Coronavirus cases, Bali’s governor has decided to keep the island closed to international tourists for the remainder of 2020.

“The Indonesian government couldn’t reopen its doors to foreign travelers until the end of 2020 as we remain a red zone,” Bali Governor Wayan Koster said in a statement over the weekend. “The situation is not conducive to allowing foreign tourists to come to Indonesia, including to Bali.”

On July 2, nearly two months after Bali’s beaches were shuttered in April due to COVID-19, surfers were allowed back in the water. Of course, that was with the promise to observe social distancing, but with the lineups nearly empty, it wasn’t a hard thing to observe. Since Bali has seen one of the best stretches of swell in recent memory, (see here, here, and here) the silver lining was a thick one. Locals and the few surfers stuck there through the pandemic have seen a glimpse of what the early visiting surfers saw all those decades ago. For those watching from afar, it’s been a curious mix of envy and awe.

Then came the announcement that Bali, which relies heavily on tourism dollars, would reopen its borders to international travelers on September 11. Now, though, that’s all changed. Closing the country until the end of 2020 might not even be the final call — depending on the situation both inside Indonesia and in the rest of the world, it could be an indefinite closure.

Indonesia has reported a little more than 15,000 Coronavirus infections that, as of August 24, have resulted in 6,759 deaths. According to Bloomberg, that’s the highest number of fatalities in all of Southeast Asia. In Bali alone, there have been 4,576 infections and 52 deaths.

As a country that leans on tourism so hard, the decision to keep things closed for the rest of the year likely wasn’t an easy one to make. According to Bali’s statistics bureau, the occupancy rate of hotels in Bali dropped from 51.56 percent in May of 2019 to 2.07 percent in May of 2020. A few weeks ago, at the end of July, Bali opened up its borders to local tourism. Governor Koster estimated that around 2,500 tourists visited the island every day for the next two weeks.

That local opening, according to Governor Koster, hasn’t caused a spike in infections, and the focus will be on increasing the number of visitors from Indonesia to keep the tourism industry afloat until it’s safe to allow international visitors back in.