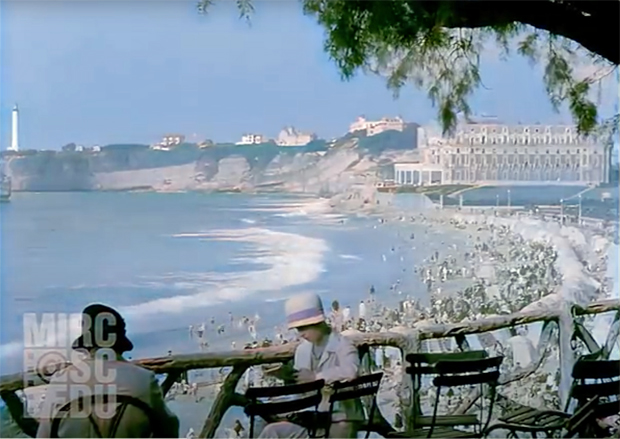 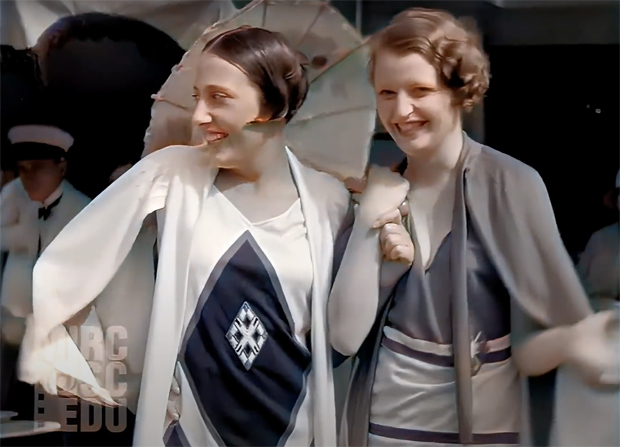 A few frames from the two minutes of footage. 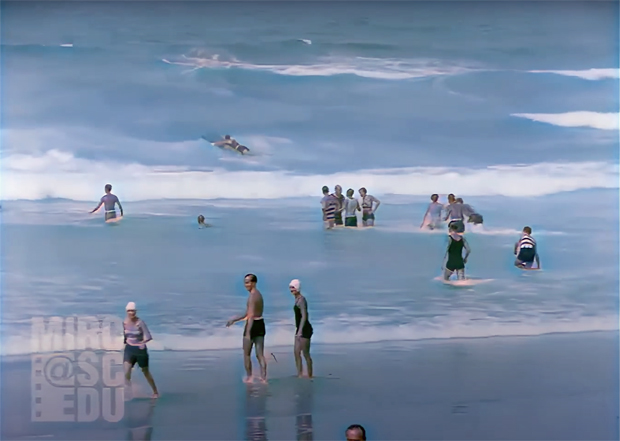 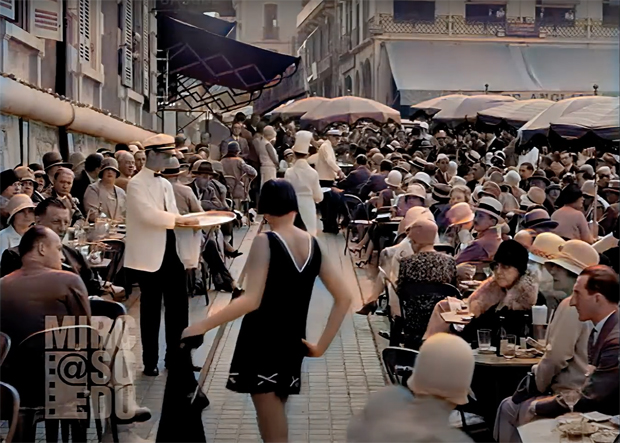 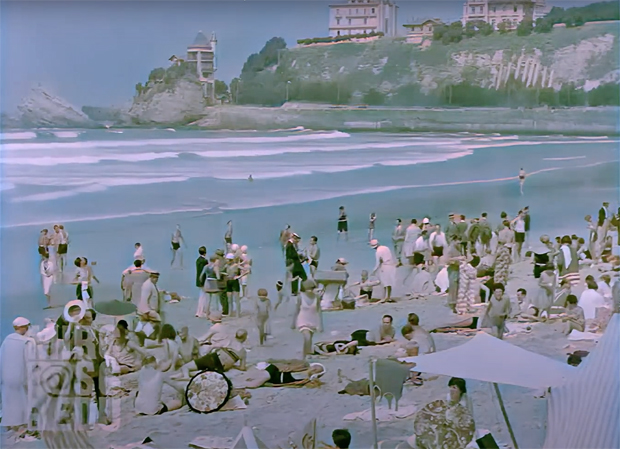 Dug up from the dark web by Ian “Hercule Poirot” Lording who added: “Hardly anyone out!”

The surf might be quiet but the beach and the streets sure are jumping though. Oh to go back.

Here are the curator’s notes:

Time travel back to roaring 20s Biarritz in France on a September day in 1928. By the 1920's, the coastal resort of Biarritz on the Côte Basque in France attracted the fashionable and wealthy during the summer and early autumn.

Those who could afford it, stayed at the Hôtel du Palais which was originally a summer villa built for Empress Eugénie. Her visits turned Biarritz into a popular summer resort.

The film starts with clips from a hotel overlooking the beach, then a street fashion show. We then move down to the beach for a walk among the sunbathers and swimmers.

In just a few years over the 1920s, women's swimsuits had evolved considerably.