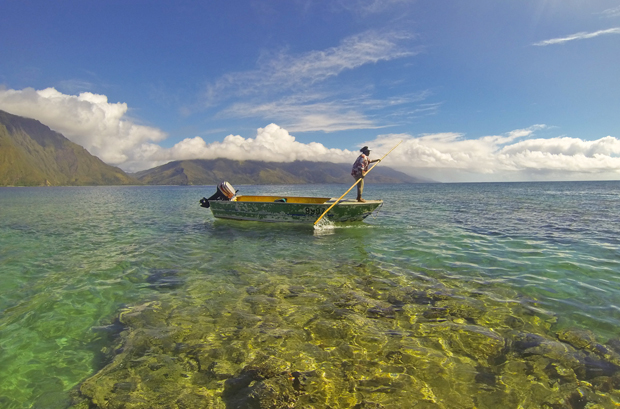 50th anniversary of Earth Day - The Great Global Cleanup expected to be the largest volunteer event in history, April 2020

The lead-up: On September 21 this year, over 20 million people across 179 countries and territories participated in National Cleanup Day and World Cleanup Day - demonstrating the power of working together to clean up our world in 24 hours.

The events are positioned in lead up to The Great Global Cleanup in April 2020 – expected to be the largest volunteer event in history in honour of the 50th anniversary of Earth Day.

“National Cleanup Day was our most successful cleanup event thus far,” said Bill Willoughby, co-founder of National Cleanup Day. “The turnout and results are reflective of the growing attention and desire of our volunteers to the global waste problem.”

Internationally, World Cleanup Day organized cleanups large and small, urban and rural on all seven continents, including Antarctica. Citizens from 157 countries participated in World Cleanup Day across six continents, uniting an estimated 20 million volunteers for a single day of action. Volunteers worldwide were united by the common issue of managing and ending global waste.

For instance, the small West African country of the Gambia saw around 8,500 participants across several dozen cleanups.

In Kyrgyzstan, nearly 10% of their total population – 610,000 – came out to tackle waste and educate themselves and others on plastic pollution; even the country’s Prime Minister, Mukhammedkalyi Abylgaziev, took part.

Below are several more highlights:

Kenya: 23 000 volunteers came out to clean up their country.

Indonesia: Over 9 million volunteers came out for cleanups across the country.

Russia: Across 11 time zones and 70 regions, tens of thousands of volunteers cleaned up their communities.

“The need for greater global participation in community cleanups could not come at a more urgent time,” said Merili Vares, executive director at the Let’s Do It Foundation. “Together with the Earth Day Network, we can mobilize whole communities like never before.”

“We are excited that all of this engagement and momentum will carry forward to the 50th anniversary of Earth Day next April,” said Earth Day Network President Kathleen Rogers. “Together, worldwide, each of us can take part in catalyzing climate action.”

Earth Day Network’s mission is to diversify, educate, and activate the environmental movement worldwide. Growing out of the first Earth Day (1970), Earth Day Network works with more than 75,000 partners in 190 countries to build environmental democracy. More than 1 billion people now participate in Earth Day activities each year, making it the largest civic observance in the world.

Let’s Do It World Foundation aims to unite the global community, raise awareness and implement true change to achieve a clean and healthy planet. For World Cleanup Day 2018, Let’s Do it World organized cleanups that mobilized 17 million people in 157 countries to say loud and clear that they wanted to live in a clean world.  Learn more here